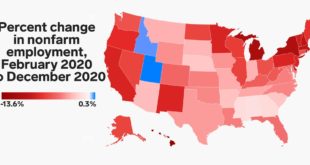 Change in employment since before the pandemic in every state 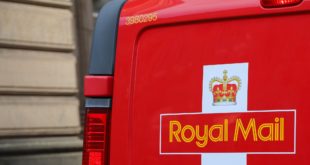 STATE-owned postal service operator An Post insists it is going ahead with plans to launch mortgages despite the plans falling behind schedule.

t said in 2018 it was planning to launch a mortgage offering last year that would shake up the market with rates that would undercut what lenders are currently offering.

Now it says it is still in negotiations with potential joint venture partners on the home-loan plans.

Asked if it has now abandoned its mortgage plans, given how long it is taking to get the venture up and running, An Post said it is still planning to offer home-loans through post offices.

“Mortgages are certainly on our radar and we are continuing to engage with a number of interested parties about providing a market leading mortgage proposition for Irish consumers.”

It said it was also focused on building on the success of its An Post Green Hub, and on launching a current account app, and a new account for seven to 15 year olds, An Post Money Mate.

The spokeswoman did not reply to a question asking if it had been rebuffed by Spanish lender Bankinter which has since launched mortgages here under the Avant Money brand, offering rates as low as 1.95pc.

The latest deadline was for An Post to enter the mortgage market in the first half of last year but those plans were hit by the economic fallout from Covid-19.

In September 2018 An Post secured board approval for a new financial services strategy, revealing at the time that it planned to offer mortgage rates priced at a 1 percentage point discount to the market.

Average mortgage rates here are twice the typical level charged in the eurozone, according to the Central Bank.

This is costing a typical borrower here €2,000 more a year more than the average being paid in the currency zone.

Ireland has gone from having the third highest mortgage rates in the eurozone in September, to now being number two, after Greece.

An Post, which is headed up by David McRedmond, has been trying to find a partner to underwrite mortgages that would be sold under the company’s brand from post offices and online.

This is similar to how Bank of Ireland provides mortgages through the British post office service, Royal Mail.

It is understood An Post has been trying to do a deal on a securing a joint venture with an overseas lender not currently in this market.

Mr McRedmond said in an interview in 2019 that An Post had planned to build a mortgage market share of between 5pc and 10pc.

Banks argue that they are unable to lower their rates to the levels seen in the likes of France and Germany because they are required to put aside far more capital than lenders in other European countries when they issue a new mortgage.

A lack of competition in the Irish mortgage market, as it remains heavily concentrated in the hands of AIB and Bank of Ireland, is also blamed for the high rates.

Previous Drones and robots may get their big breakthrough in 2021, says what3words CEO
Next Lancaster woman spared jail after stealing 8,000 Royal Mail packages worth £6,000