CHRISTOPHER STEVENS: The royal train looks like a caravan

Secrets Of The Royal Train

The undisputed star of the past few days has been not a person but a piano — the gilded keyboard upon which Queen Victoria and Prince Albert played duets to while away the evenings at Buck House.

Well, as one eminent musicologist pointed out, they had to do something and there was no Netflix.

The piano appeared on BBC Breakfast, which set newsreader Naga Munchetty and weathergirl Sarah Keith-Lucas swaying along to Chopin, before it became the centrepiece for a concert at the Royal Albert Hall to mark the monarch’s 200th birthday. 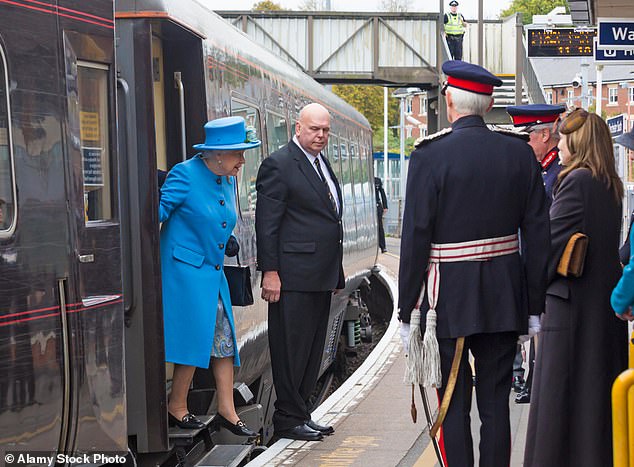 The Queen is pictured getting off the royal train in 2016. Decor is not the royal couple’s priority. They are more concerned with other comforts, in particular the standard of afternoon teas

All gold filigree and fretted curlicues, the piano was infinitely more glamorous than the Queen’s private railway carriages, which we glimpsed in Secrets Of The Royal Train (C5).

Granted, during the whole hour, we saw just a few colour snapshots and a couple of very brief clips from the news archives, shot on board the regal loco.

But that was enough to confirm that the style was less Palace of Versailles, more VW Campervan.

The panelling appeared to be plywood. The settees with their faded monochrome fabrics looked like Her Majesty got them on special offer as ex-display models.

The walls and trim were done in that pale institutional green, as if six pots had been left over when a hospital was decorated.

Honestly, the Queen could travel in more luxury if she hitched a Sprite caravan to the back of Philip’s Land Rover.

But decor is not the royal couple’s priority. They are more concerned with other comforts, in particular the standard of afternoon teas.

A platoon of chefs is on board, to ensure the scones and jam are perfect. Apparently the sovereign likes to wash them down with her tea-time bracer, a tumbler of D&G . . . one part gin to two parts Dubonnet. After one of those, who cares what the couch looks like?

The anecdotes in this lightweight documentary were a bit hit-and-miss, but I did enjoy the one about panic before breakfast, as they steamed towards the Scottish border, when an unnamed royal announced that she (or he) intended to dispense with the toast and just have yoghurt.

Some of the footmen became hysterical. There wasn’t a spoonful of yoghurt on the entire train. Mercifully, they were able to make an unscheduled stop in Carlisle, belt into a corner shop and come out with an armful of full-fat cherry flavour.

Who was that demanding personage? We weren’t told, but my money is on Princess Di — and surely we can all agree it wasn’t the Duke of Edinburgh.

With the royals in Balmoral and the rest of us gearing up for the August Bank Holiday, the Beeb schedulers were in the mood to fill a few gaps with anything that came to hand.

A half-hour hole was stuffed with a pair of Comedy Shorts (BBC2), which have been available online via iPlayer for nearly a month. 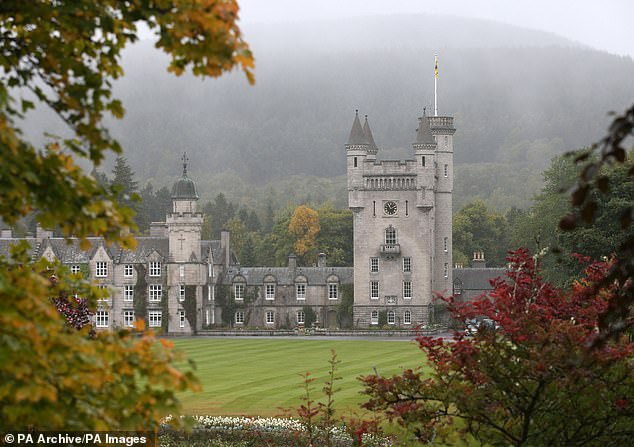 With the royals in Balmoral (pictured in a file photo above) and the rest of us gearing up for the August Bank Holiday, the Beeb schedulers were in the mood to fill a few gaps with anything that came to hand

The best featured a pair of brassy women in curlers, talking over each other constantly and occasionally amazed when they both uttered the same vacuous idea at once. The gag is timeless — Les Dawson and Roy Barraclough, aka Cissie and Ada, used to do it.

The other short, Gbemisola Ikumelo’s Brain In Gear, would have been stronger if it hadn’t relied so heavily on toilet jokes and dog poo gags.

For a real laugh from the same series, go to iPlayer and find Motherland’s Diane Morgan as Mandy. Shown on TV last month, it’s tears-down-your-face funny.

Stupid game of the weekend:  Of all the daft pastimes, lobbing rocks at parcels of gunpowder is hard to beat.

In Colombia they call it tejo — a sort of exploding boules. Romesh Ranganathan tried it on his Misadventures (BBC2). Luckily, all he hit was the camera lens. 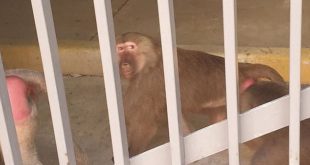