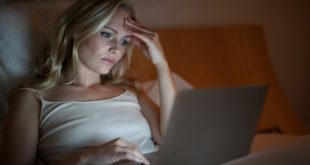 William Hill surged after Jefferies upped its price target on the buy-rated stock.

“William Hill boasts the leading US sports betting market share, yet we see zero value priced in. US competitive positioning continues to strengthen with: 1) An enlarged retail footprint due to the Caesar’s deal; and, 2) Launch with CBS Sports that will boost ‘William Hill’ brand recognition,” it said.

Housebuilder Crest Nicholson rallied after FTSE 100 peer Persimmon reported a slump in first-half profits but reinstated its dividend and said it had made an “excellent” start to the second half.

TI Fluid Systems was higher after well-received results, while engineering firm Wood Group gained even after it said half-year profits more than halved as it scrapped its dividend on the back of oil prices battered by the Covid crisis.

Outsourcer Capita slid after saying it swung to a loss in the first half as revenue took a significant hit from the pandemic.

Capita also said that based on expectations of a slow economic recovery throughout the next six months, revenue in the second half is expected to be flat to slightly down on the first half.

Marks & Spencer lost ground after saying it was cutting 7,000 jobs in response to the collapse in retail spending caused by the pandemic and ensuing shuttering of its stores during lockdown.

Previous Royal fans spot ‘paint swatches’ on the wall of Prince Harry and Meghan Markle’s new home
Next 43,000 retail jobs axed since the start of coronavirus lockdown as high street struggles to survive