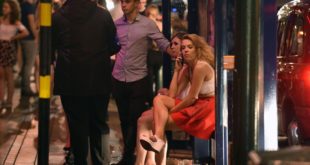 Job losses: Major cuts since the start of the pandemic 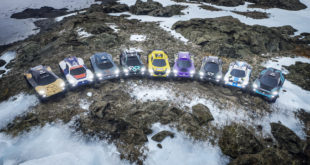 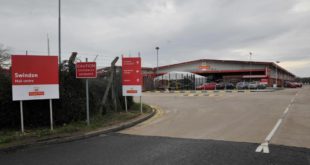 A murderer from Hull has been given a Queen’s Pardon after tackling a terrorist who killed two people in an attack at London Bridge.

Steven Gallant is now set to be freed early because of his heroic actions to stop terrorist Usman Khan during his attacks in the heart of London, the Sunday Mirror reports.

Gallant, 42, was with Khan on a jail rehabilitation visit to London when the radicalised prisoner produced two knives, attacking and killing visit organisers Jack Merritt, 25, and Saskia Jones, 23 in November last year.

As Khan headed onto London Bridge, the Hull hero grabbed an ornamental five-foot ornamental narwhal tusk from a wall to use as a weapon and confronted Khan near Fishmongers’ Hall to prevent him carrying out more attacks. Khan was shot by police minutes later.

Gallant, convicted in 2005 of murdering Hull firefighter Barrie Jackson outside a pub, will now have 10-months taken off his 17-year jail sentence and can expect to be freed at a parole board hearing in June.

The Royal Prerogative of Mercy granted by the Queen on the advice of her Government is extremely rare.

Last night a Ministry of Justice spokesperson confirmed the order, issued by Lord Chancellor Robert Buckland QC on behalf of the Queen.

The spokesperson said: “The Lord Chancellor has granted Steven Gallant a Royal Prerogative of Mercy reducing his minimum tariff of 10 months in recognition of his exceptionally brave actions at Fishmongers’ Hall, which helped save people’s lives despite the tremendous risk to his own.”

Mr Jackson’s student son Jack, 21, said yesterday: “I have mixed emotions – but what happened at London Bridge goes to show the reality that people can change.”

A statement issued by his solicitor, Hull lawyer Neil Hudgell to the Sunday Mirror, said: “Steve feels a debt of gratitude to all those who helped him to achieve a Royal Prerogative of Mercy.

“He is passionate about using his knowledge and experiences to help others steer away from crime.”

Gallant was on his first day release at a Learning Together conference set up to help rehabilitate prisoners when the attack took place.

He was in the Fisherman’s hall next to London Bridge along with victim Jack, his former prison mentor, friend and conference co-ordinator.

Convicted terrorist Khan, 28, had also been invited to the event as a rehabilitating offender on licence, despite having been jailed in 2012 for plotting to bomb the London stock exchange

After Khan attacked Jack and fellow visit co-ordinator Saskia, – both Cambridge graduates – Gallant chased the terrorist with the narwhal tusk as he ran to London Bridge where he was then shot by police.

In a statement released through his solicitor, he said: “I could tell something was wrong and had to help. I saw injured people. Khan was stood in the foyer with two large knives in his hands. He was a clear danger to all.”

Referring to his conviction for murdering Mr Jackson, Gallant said: “It is right I was handed a severe penalty for my actions. Once I’d accepted my punishment, I decided to seek help. When you go to prison, you lose control of your life. Bettering yourself becomes one of the few things you can do while reducing the existing burden on society.”

Now he has been given a rare second chance. The last known murderer to be given a Royal pardon was nearly 25 years ago when former IRA leader Sean O’Callaghan, who died in 2017 aged 63, was freed.

He had been jailed in 1988 for killing a female soldier and male colleague in a 1974 mortar bomb attack. But he had also been a police informer and claimed to have thwarted a plot to murder Charles and Diana in the 1980s. He was released as part of a Royal Prerogative of Mercy by the Queen in 1996.

The most high profile royal pardon was awarded posthumously to Alan Turing in 2013, overturning the wartime codebreaker’s 1952 gross indecency conviction for a then illegal homosexual relationship.

The Mirror reported Royal insiders saying the Queen “acts on the advice of Her Majesty’s Government” when signing off such pardons.