Meghan Markle ‘stepped into a snake pit’ when she married into the royal family, claims Richard Madeley 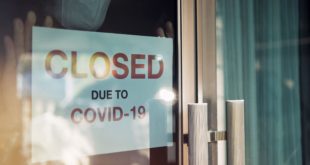 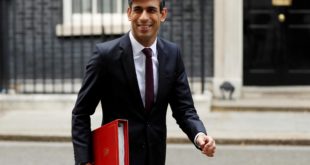 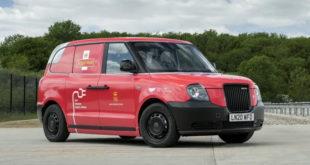 Meghan Markle: What to know

Everything you need to know about Duchess of Sussex Meghan Markle and her new life as part of the British royal family.

British TV host Richard Madeley says Meghan Markle “stepped into a snake pit” when she became a member of the royal family.

The 63-year-old, who appeared on “Good Morning Britain” early Tuesday, also said the public’s adoration with the former American actress and her husband, Prince Harry, has dwindled. He argued that the Duchess of Sussex will only continue to be scrutinized, just as her mother-in-law, the late Princess Diana of Wales, was when she married Prince Charles.

MEGHAN MARKLE AND PRINCE HARRY NO LONGER INVITED TO DINNER PARTIES BECAUSE OF THIS HABIT: REPORT

“Isn’t it extraordinary how the honeymoon with the public that Harry and Meghan had has faded so quickly?” he claimed, as reported by UK’s Daily Mail. “Pretty much in a year, it’s gone.”

Prince Harry, Duke of Sussex and Meghan, Duchess of Sussex ride by carriage down during Trooping The Colour on June 8, 2019, in London. (Photo by Samir Hussein/Samir Hussein/WireImage)

However, Madeley insisted Markle, 38, and Harry, 34, will learn how to navigate the media scrutiny while they pursue their royal duties publicly.

“I think it’ll get better for them,” he said.

MEGHAN MARKLE HAS DIFFICULTY WITH THE ‘STRICT, TRADITIONAL PATH’ OF A ROYAL LIFE, CLAIMS BIOGRAPHER

Prince Harry, Duke of Sussex and Meghan, Duchess of Sussex meet members of the public on Jan. 14, 2019, in Birkenhead, UK.
(Karwai Tang/WireImage/Getty)

Madeley’s claims come just days after insiders alleged friends of the royal couple have “stopped inviting” them to dinner parties because they “frown upon” their public displays of affection.

The Mail previously reported the former “Suits” star purposely wants to break long-standing party etiquette that she considers too “exclusive” and “traditional.”

Insiders alleged that Markle is openly affectionate with her husband at dinner parties, which prompts Harry’s pals to “roll their eyes” at her “American ways.”

British journalist Angela Levin told Fox News earlier this month that life behind palace doors has been far from smooth sailing for Markle.

Britain’s Prince Harry and Meghan Markle on their wedding day on May 19, 2018. (Aaron Chown/pool photo via AP, File)

“I think it’s very hard for her,” Levin explained. “I think she’s done brilliantly at some things. She’s marvelous when they are out and about. She’s very good at talking to people. It’s an awful lot to learn and she’s very energetic and keen. But it might be good for her if she took a little bit more advice. Before in her life, she was very used to making her own decisions. I do think it’s very difficult for her. This is a very strict, traditional path. It takes a while to get used to it.”

Levin, a veteran reporter on royal affairs, published a biography in 2018 titled “Harry: A Biography of a Prince,” which is based on her exclusive conversation with the 34-year-old at Kensington Palace before he married Markle in May 2018. Levin had accompanied Harry on his many engagements and shadowed him for more than a year.

Most recently, Levin released a paperback version of her book, which takes a closer look at Harry’s marriage to the star. For her newest release, Levin had access to numerous sources who had insider knowledge of the couple.

Meghan Markle and Prince Harry greet the press as they debut Baby Sussex. The couple met reporters at Windsor Castle, where they also met with Queen Elizabeth II and Prince Philip, Duke of Edinburgh.
(Getty)

Levin claimed that Markle received criticism from Harry’s friends over her modern, healthy lifestyle, which is believed he adopted since they met in 2016.

“I think that when people marry, they sort of slightly change so that they can work together as a team,” she explained. “There has been some criticism about her changing Harry. But I think she’s very confident… And he doesn’t mind at all. He is very, very proud of her. He’s actually in awe of her. He wants to be with her more than anything. His relationship with her is more important than anything.”

“Some of his friends were with him when he was heavily drinking, smoking and behaving like a bad boy,” Levin continued. “And he doesn’t want to do that anymore. He’s completely devoted to Meghan who is great into looking after yourself and keeping fit with yoga… He’s dropped a few people who just didn’t connect with her.”

Meghan, Duchess of Sussex visits New Zealand House to sign a book of condolence on behalf of The Royal Family following the recent terror attack which saw at least 50 people killed at a Mosque in Christchurch on March 19, 2019, in London, England. (Photo by Max Mumby/Indigo/Getty Images)
(Getty)

Levin alleged that Markle’s eagerness to take on her royal duties didn’t sit well with some of the palace staff, who were already accustomed to a completely different approach.

“It’s been said she was emailing [her staff] at 5 a.m., but truthfully, I’m not sure how difficult that can be,” she chuckled. “People have left and they have talked. It is hard when you’re in such regal circumstances to know how to handle staff. That takes a bit of a while… The queen is also very, very polite to her staff and treats them extremely well with lots of courtesy. I’ve been told Meghan isn’t like quite like that and slightly gives orders. It’s a completely different life to settle into.”

Despite the challenges Markle may have endured, Levin stressed Harry has been incredibly supportive of his spouse.

“He’s thrilled he found someone he felt totally in love with,” said Levin. “He also understands it’s not easy for her. She’s given up her freedom. But it’s been an exciting time for both of them, especially with the baby. You’re running and you’re not going to look around you.”

As for what the future holds for the couple, Levin said Markle will continue to navigate life only life as a duchess but also life as a new mom in the public eye. Despite the challenges it will certainly deliver, Harry is determined to be by her side no matter what.

“I think Harry so far has become more showbiz,” she said. “But that might change. You view the world in such a different way when you have a child. And I think Harry is very keen to do good. He told me he wants to make a difference. He wants to help people as much as he can. And this time is so thrilling to him. He wanted to be a father from a very early age. He’s brilliant with children. And it’s quite right.”

Previous Two of the UK’s first ever parcel postboxes will be located in Newark.
Next Drake Takes Shots At The Beatles With New Tattoo Celebrating Billboard Record