Royal Peculiar to rescue queen from her government 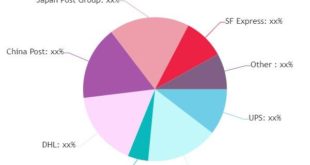 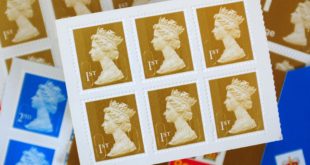 Letters: ‘The Royal Mail is not as efficient as it used to be’

Time was when British prime ministers drove across to Buckingham Palace to ask the queen to dissolve parliament and call a general election.

Labour prime minister, Harold Wilson, used it to good effect in 1966 and again in 1974. James Callaghan, who succeeded him as prime minister, famously dithered in October 1978. He called an election in May 1979 but it was too late. Margaret Thatcher and the Conservatives won and stayed in power until Tony Blair defeated John Major in 1997.

Tony Blair was succeeded by Gordon Brown in June 2007. He too dithered when he could have won in October 2007. He lost to David Cameron in 2010 who formed a coalition with the Liberal Democrats.

To win outright for the Conservatives in 2015, Cameron promised an in-out referendum on the EU.  He won with a majority of 17, but it was a Pyrrhic victory because in June 2016 Cameron had to hold the referendum he promised. He backed remain and lost and felt obliged to resign just one year into his administration.

The Brexit conundrum was not Cameron’s only legacy. In 2011 in an act of self-emasculation, he abolished the prime minister’s right to ask the queen to dissolve parliament.

The constitutional position now is that a parliamentary general election has to be held on polling day every five calendar years – usually the first Thursday in June. But an election can take place earlier than five years, either with the consent of a two-thirds majority in parliament or if parliament passes a vote of no confidence in the government and no alternative government gains a vote of confidence within 14 days.

In practice this means that after a vote of no confidence the queen can send for the leader of the opposition or some other leader who can command the support of parliament to form a government if the palace believes he or she can command a vote of confidence.

If no government is formed, a general election follows on a date appointed by royal proclamation on the recommendation of the prime minister. Parliament is then dissolved 17 days before polling day.

Theresa May announced a general election in the spring of 2017 to enable her to Brexit with a good majority. She followed the alternative two thirds majority route. She called an election in June 2017, but lost the overall majority she inherited from Cameron. She continued as prime minister of a minority government as leader of the largest party, but her inability to Brexit without tears proved her undoing and she resigned last July.

So what is to be done? If nothing happens by October 31, the UK will leave the EU by default. I think Boris Johnson is bluffing, but his special adviser, the ardent Brexit campaigner Dominic Cummings, is not bluffing. According to David Cameron, Cummings is a career psychopath and his ilk do not bluff.

If no alternative government emerges Johnson must request the queen to dissolve parliament and recommend that polling takes place probably on Thursday, October 31 or Thursday, November 7. In other words, parliament will be impotent to prevent Brexit because it will stand dissolved for 17 days ending or straddling Brexit day. In this way, the UK can leave without a withdrawal agreement.

The question is whether the Royal Peculiar will allow Johnson and his ruthless Svengali Cummings to manipulate the queen’s exercise of her prerogative to appoint polling day. The Royal Peculiar is the name for the deep state in Britain that I picked up from the young Morse series on television called Endeavour.

Every nation has a deep state. In Britain it revolves around monarchy. There really is no way that the prime minister can manipulate the queen by cynically timing his request to achieve no deal Brexit, especially if it threatens the unity of the kingdom.

There is little doubt that Scotland will have another independence referendum if Britain leaves without a deal. According to Cameron when he informed the queen that Scotland voted no in the independence referendum of 2014 she purred like a pussy cat, and she will fight like a tiger with the full backing of members of Royal Peculiar to preserve the unity of the United Kingdom.

And she has the law on her side too, for if a prime minister loses a motion of no confidence on exiting the EU without a withdrawal agreement, he cannot cynically recommend a date for polling day to achieve the very same policy for which he could not win a vote of no confidence. Such a recommendation would be unlawful on the ground of obvious irrationality and bad faith. 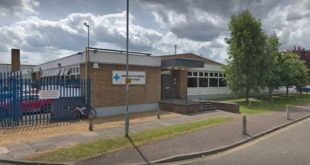