Which way now for the Royal Mail share price?

Mr Diab called on friends of Lebanon to extend help to the small nation, saying: ‘We are witnessing a real catastrophe.’

Of its closest neighbours, Jordan has already set up a military field hospital including all necessary personnel will be dispatched, as has Egypt.

Palestinians in the Gaza Strip are participating in a blood donation drive to try and help victims of the explosion in Beirut that has wounded thousands.

Dozens took part in a blood drive in the city of Khan Younis on Wednesday, which was sponsored by the Palestinian Red Crescent Society. Organizers said they will coordinate with the International Committee of the Red Cross to try to get the blood donations delivered to Lebanon.

The Iraqi oil minister has told Lebanese prime minister Hassan Diab that Baghdad will provide fuel aid to Beirut, with a shipment of wheat also due to arrive from the country.

Iran is sending nine tonnes of food, as well as medicine, medical equipment, medical personnel and a field hospital to Lebanon, according to Iranian media.

Iranian Supreme Leader Ayatollah Ali Khamenei said in a tweet: ‘We sympathize with the dear Lebanese citizens and stand by them in the painful tragedy of the Beirut port explosion…Patience in the face of this incident will be a golden leaf of honour for Lebanon.’

The Gulf Arab states have offered various forms of support for Lebanon, though any sustained financial assistance is complicated by the Iranian-backed Hezbollah group’s presence in government and on the ground.

Saudi-funded medical teams were dispatched from north Lebanon to Beirut to care for and to help transport the wounded on Tuesday, while a specialized team from a Saudi-funded medical center provided emergency health care services in the Lebanese capital, according to the state-run Saudi Press Agency. 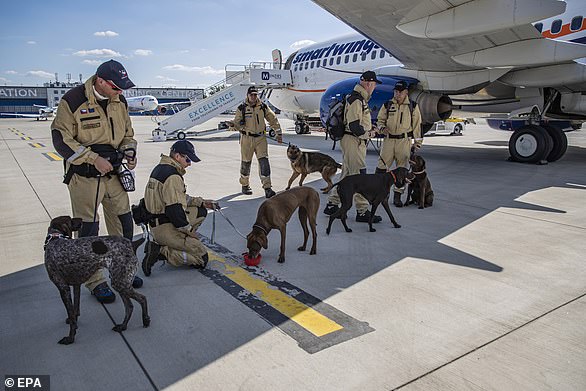 Meanwhile, urgent medical and humanitarian supplies were being sent from the International Humanitarian City in Dubai, United Arab Emirates.

More than 1,000 Indonesian peacekeepers have been contributing in the evacuation of victims of the explosion in Beirut.

The Indonesian Ministry of Foreign Affairs says in a statement that the Garuda Contingent, as a member of United Nations Interim Forces in Lebanon, is helping in the aftermath.

Of the 1,447 Indonesian citizens registered as living in Lebanon, 1,234 are part of the UNIFIL mission, while 213 others are civilians.

Significant support has been offered by France, which has sent two planes with dozens of emergency workers, a mobile medical unit and 15 tons of aid. French President Emmanuel Macron’s office says the aid should allow for the treatment of some 500 victims.

Germany is preparing a team of 47 search-and-rescue experts to make their way to the city. Germany also says its embassy was damaged in the blast but diplomats have reactivated an old building and are able to work.

Russia is sending five planeloads of aid to Beirut, with the Ministry for Emergency Situations saying aid will include rescuers, medical workers, a makeshift hospital and a lab for coronavirus testing. 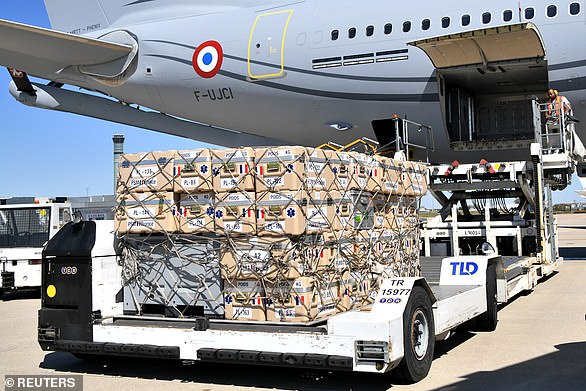 Poland are sending a team of about 50 firefighters, including 39 rescuers with 4 dogs and a chemical rescue module.

A Greek military transport plane is heading to Lebanon with a search and rescue team with specialized equipment and a sniffer dog.

Czech Interior Minister Jan Hamacek says Lebanon has accepted an offer to send a team of 37 rescuers with sniffer dogs to Beirut. Denmark says it is ready to provide humanitarian assistance to Lebanon.

Australian Foreign Minister Marise Payne says in a statement the money will go to the World Food Program and the Red Cross to help ensure food, medical care and essential items are provided to those affected.

She says Australia and Lebanon have a strong relationship built on extensive community ties, and more than 230,000 Australians have Lebanese heritage.

Norway is offering 25 million kroner ($2.74 million) and 40 tons of medical equipment to Lebanon after the huge explosion in the harbor of the Lebanese capital.

‘The situation is pretty confusing right now. In the coming days we will know more about what is needed in the long-term,’ Norwegian Foreign Minister Ine Eriksen Soereide said earlier today.

LOST your job? Try one that helps others get back into work too.  Covid has …